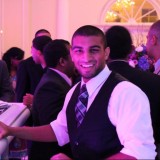 We spend a lot of time and money on personal enrichment and happiness. We improve our homes, learn new skills, travel and indulge in a myriad of hobbies, but …

Amy Cuddy: Your Body Language Shapes Who You Are

Amy Cuddy isn’t the professor most students would expect to see at the head of a Harvard Business School classroom, but her research might help you ace post-graduation interviews more than anything else you learn in business school.

Characteristics of an Effective Team

How to Build a Resilient Organizational Culture

After weeks of rumors, Microsoft yesterday unveiled a long-awaited and dramatic restructuring. CEO Steve Ballmer, in a lengthy memo to employees, announced the company’s strategy to create “One Microsoft” by moving away from its longtime divisional structure to a more holistic one that emphasizes collaboration around a common set of goals.

The following questions will help us get a better understanding of your background and whether you are a good fit for the program. After completion, you will gain access to our program brochure and an admissions counselor will reach out to help answer additional questions.